A week in recess 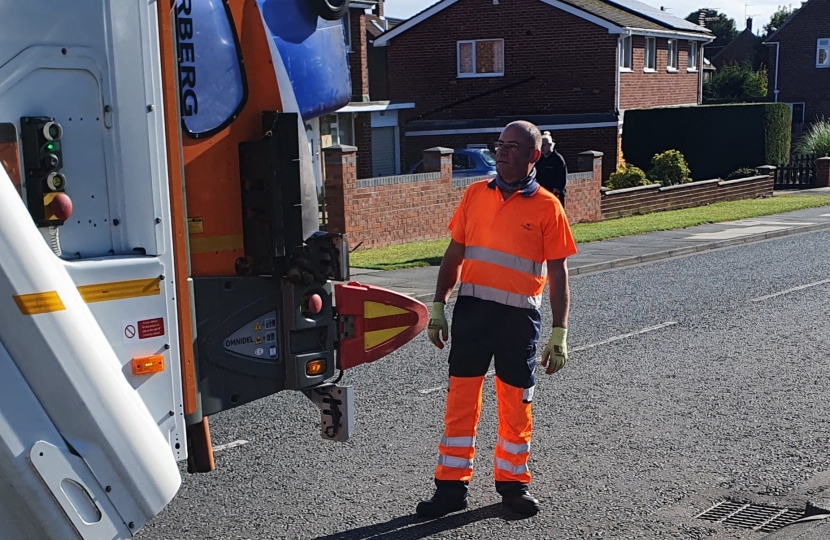 Parliament has been in recess this week, so I have been in the constituency rather than travelling back and forth to Westminster.  As always it has been a varied week involving a mix of meetings with residents and businesses as well as spending Wednesday with a Northumberland County Council refuse collection team which was a great learning experience.

I met with Britishvolt’s top team on Monday, and it was useful to catch up on their incredible plans that will make such a difference to Northumberland.  I hope to make an announcement shortly about how residents in Blyth Valley will be able to engage directly with Britishvolt so that they are well placed for the upcoming employment opportunities.

I also met with Greg Hands on Tuesday who is the Minister for Business, Energy and Clean Growth.  The visit provided an opportunity to showcase the incredible work taking place at the Offshore Renewable Energy Catapult in Blyth which is a test centre for the world’s largest offshore wind turbine blades.  The Government has a huge level of interest in what is taking place in Blyth Valley in this sector with the Prime Minister visiting the same facility last year.

Greg also visited a site just over the river Blyth where JDR Cables have recently announced their plans for a £130m state of the art subsea cable manufacturing facility that will create 170 high quality jobs by 2024.  This is a deal that the County Council has been working on for some time and has Government financial backing through a grant.

Staying on the theme of jobs, the Blyth Valley Jobs Fair which I have organised in partnership with the Department of Work and Pensions and the Port of Blyth is almost full which is of no surprise given the quality of jobs on offer.   At the time of writing there are a handful of places remaining which can be booked by searching online for Blyth Valley Jobs Fair – Eventbrite.

Finally, I have a new job of my own which is as the Parliamentary Private Secretary to the Cabinet Office.  It is an unpaid role which will run alongside my current position and will give me an insight into the inner workings of Government which can only be positive for Blyth Valley.