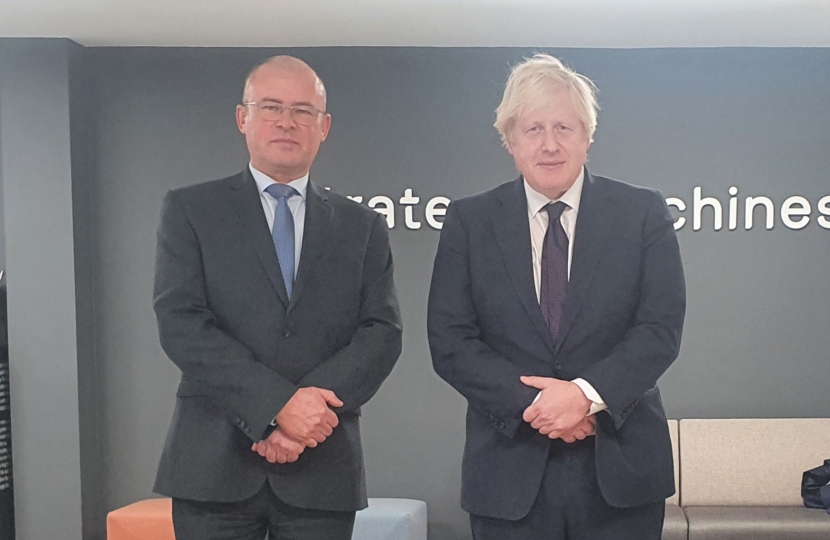 In the last fortnight there has been significant debate regarding the Government’s plan to introduce a cap on social care costs and on the £96bn Integrated Rail Plan.  Both are complex issues and I want to set out exactly what the proposed changes will mean for Blyth Valley residents.

The existing social care system exposes far too many people to unlimited costs with one in seven adults over 65 facing care costs of more than £100,000 during their lifetime.  The Government’s plan will put a stop to the lack of certainty on costs faced by introducing an £86,000 cap on the amount that people have to pay for their own care.

This means that not one person will be worse off than under the current system and two thirds of people will receive some state support for their costs compared to half at present.  People with assets below £20,000 will not have to pay anything for their care through making use of those assets.   This is in comparison to £14,250 now and is a part of the more generous means test that is proposed.

In addition, the upper capital limit, the point at which people become eligible to receive some financial assistance from their local authority, will increase more than four-fold from £23,450 to £100,000.  By the time these reforms are implemented from October 2023 it is estimated that 150,000 people will be benefiting from them at any one time.

The Government’s Rail Plan for the North and the Midlands represents the largest and most ambitious programme of investment ever in the railway network encompassing £96bn of rail construction and upgrades to be delivered over the next 30 years. The outcome will be faster journey times including from Newcastle to London, Birmingham, Manchester, and Leeds.

An operational Northumberland Line from 2024 will also massively improve Blyth Valley’s accessibility to the national rail network.  Services from Cramlington are about to be improved with an earlier morning southbound service at 7.11am due to get underway from 13th December.  The future of rail services in Blyth Valley and beyond is therefore a positive one.

Finally, the Prime Minister was in Blyth Valley for the third time in less than 12 months on Monday when he joined me for a visit to Tharsus in Blyth.  It was a great opportunity as it was previously to showcase Blyth Valley at the national level