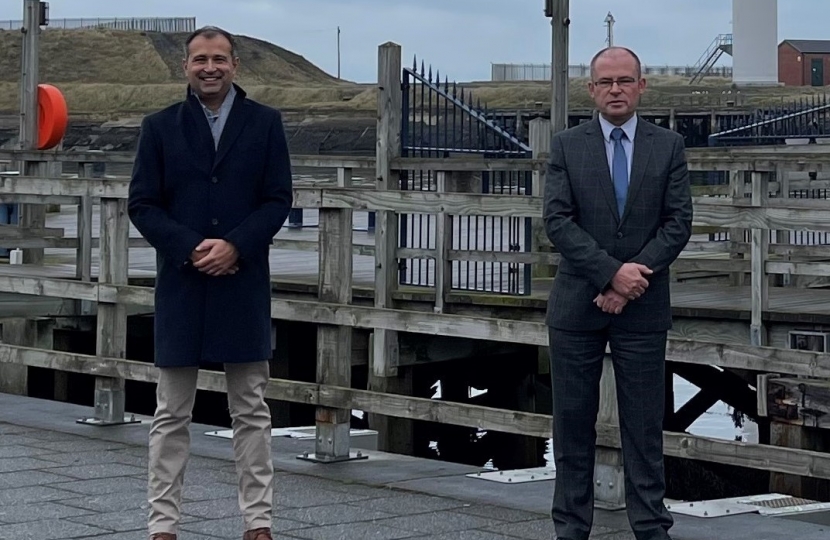 There is only one piece of news that I could possibly touch on this week and it is the confirmation of planning permission for Britishvolt’s battery gigafactory.  The investment at £2.6bn is one of the UK’s largest ever industrial investments and the most significant in the North East since Nissan established itself in Sunderland in the 1980s.

Construction work is expected to start imminently on what was the coal yard of Blyth Power Station and it is brilliant that the site of one of Northumberland’s major employers of the past is being re-used to create almost 3,000 jobs.  Approximately 300 of those jobs will be office roles with the rest operational based on a three-shift system.

This is just the start of the job creation with a co-located supply chain expected to result in up to another 5,000 jobs.  The economic impact of 8,000 jobs will be transformational for not only residents but also local high streets that will benefit from the increased spending power of those employed directly or indirectly.

I therefore must congratulate Britishvolt and their management team, including Chief Executive Orral Nadjari (pictured), who I have got to know very well in recent months with their regional office located in Blyth.  They are a very ambitious and driven business that are motivated to provide a much-needed product for the growing electric car market but also to make a huge difference to Northumberland and its residents.

The pace they have worked at since our first meeting last October has been incredible as has the level of resources they have made available to develop the planning application which has been a colossal project in its own right, and I have no doubt has come at a cost of tens of millions.   That level of commitment is something to be applauded in these uncertain economic times.

I must also recognise the work of Northumberland County Council including the Leader, Councillor Glen Sanderson, who made this project his number one priority.  The County Council’s planning team also handled the application extremely professionally and has matched the pace of Britishvolt which resulted in the unanimous approval by Councillors on Tuesday.

A fantastic result for the area, the whole region, and the country that is cause for optimism.  Just as England’s win against Denmark was on Wednesday and let's hope for another one on Sunday!!