Afghanistan and what must happen 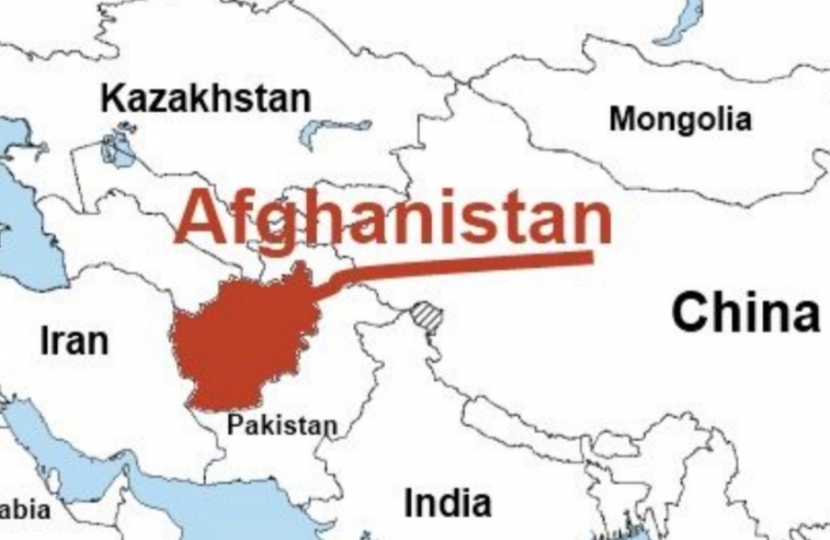 Events in recent days in Afghanistan have been very troubling with the Taliban once again taking control.  The Government has responded to this crisis by deploying over 900 troops to help with the evacuation operation and at the time of writing more than 300 British nationals have returned home with more on their way.

Having attended the debate on Wednesday when Parliament was recalled this situation has caused much reflection on the policy of the West in Afghanistan, which in the last two decades included 150,000 members of our Armed Forces serving mainly in Helmand province which was from 2006 onwards a focus of the UK operation.

Working with Afghan security forces – our servicemen and women sought to bring development and stability.  My heartfelt regret is that 457 British service personnel laid down their lives in Afghanistan working to help bring peace to the region after decades of war.  British diplomats and development experts worked alongside our allies to rebuild the country, opening schools and clinics where there had been none, and bringing safe water and electricity to millions of people for the first time.

In 2014, the UK ceased all combat operations and brought the great majority of our troops home, re-orientating our role and our involvement. Despite that change, progress continued to be made with women and girls in particular enjoying freedoms that were previously not possible.

About 750 service personnel stayed in Afghanistan under NATO’s mission to train and assist the country’s security forces.  But last year, the US decided to withdraw its troops from Afghanistan, when the Taliban undertook to prevent “any group or individual, including al-Qaeda, from using the soil of Afghanistan to threaten the security of the United States and its allies”.

President Biden announced in April that all American forces would leave by September at the latest, and the NATO summit declared last month that the alliance’s military operations in Afghanistan were “coming to an end”.  The return of the Taliban was not predicted and the reasons for the collapse of the Afghan government must be understood.

More importantly though, the progress made in the last two decades must be respected and be maintained by the Taliban.  The government and our allies should use all tools available to achieve that.  The progress was made possible by our soldiers that made it back and those that tragically did not.   We cannot allow their efforts and sacrifices to be in vain.