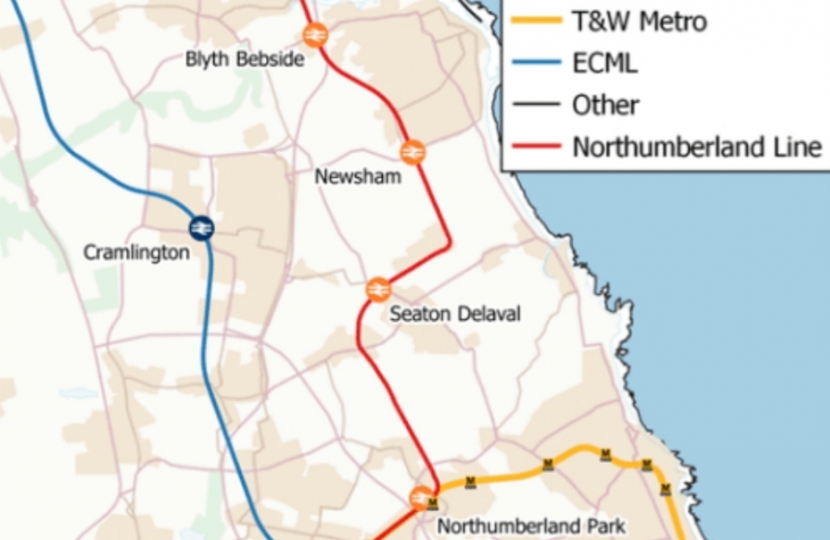 This is my third update to keep you informed about what I am doing in the constituency and in Parliament.  This bulletin covers the last few months from the summer which of course has been an extremely busy time given the ongoing coronavirus pandemic.

In late June it was Armed Forces week and as a member of the Blyth branch of the Royal British Legion I joined some of my fellow Conservative MPs in Westminster to recognise those currently serving and those that have served.  Back in the constituency this month for Remembrance ceremonies it was an honour as MP to pay my respects to those who made the ultimate sacrifice to keep our country safe.

During the summer recess I managed to squeeze in a short staycation break with a visit to the Isle of Wight.  The focus for the rest of that period and my Friday constituency days since then has been getting out in Blyth Valley and meeting as many residents, businesses, sports clubs and voluntary organisations as possible.   Being seen in the community is something that I very much believe in as it gives me the opportunity to hear about issues that I otherwise would not.

I visited a community allotment in Cramlington and heard about the fantastic work taking place and how it will benefit people with learning disabilities and mental health issues.  I arrived at the same time as a delivery of tonnes of top soil and it was a pleasure to muck in and fill the raised beds that had been built.  I also learnt about the fascinating history of Seghill Rugby Club and met with officials from Blyth Rangers FC to support the club in their aspirations to develop.

The Community Champions scheme that I launched in April to recognise the special voluntary work of residents during lockdown continued for many months after that with a weekly Champion announced.  Throughout the summer recess, I was also proud to support the efforts of community organisations which focused on helping those who were self-isolating and couldn’t leave their houses for shopping and other essentials.  Many of the Community Champions were the individuals involved in this incredible constituency wide effort.

What I have said throughout my time as MP is that we must celebrate and recognise more the fantastic businesses that we have in Blyth Valley.  It is increased employment opportunities that will drive prosperity and I visited both smaller and larger businesses from various sectors over the recess period.  Growing the number of private sector companies is what is needed to take the constituency to the next economic level.

When Parliament returned in September, I raised the concerns of constituents regarding Houses of Multiple Occupation and how they are regulated.  There is a need for current legislation to be enforced properly and for new legislation to be considered.

Also in September was the confirmation of £750,000 of government funding for Bowes Street in Blyth to enhance this shopping area with so much potential.  I had lobbied for this scheme given that investment was long overdue in this part of the town centre and that previous efforts to bring forward funding had not been successful.  A great example of Conservatives including the County Council working together to make improvements.

Moving into October I experienced for the very first time the nasty and ugly side of politics with threats of violence including the suggestion of an attack on my home.  If there can be a positive side to this episode it is that most of these threatening and offensive remarks came from people outside of Blyth Valley.

The issue of how less well-off families with children are best supported needs a far more considered and long-term approach than Labour’s call for extending free school meal provision into holiday periods.  And that is what will happen with Northumberland County Council receiving just under £1m from the Government’s Covid Winter Grant Scheme to support the most vulnerable between now and the end of March.  At least 80% of the funding will be earmarked for covering food costs and bills.

An expanded Holiday Activities and Food programme will be delivered in the Easter holidays, summer holidays and Christmas holidays next year.  This £220m investment is based on a pilot scheme that has included both children and their parents learning how to improve their cooking skills.  Sports, dance and craft activities will also be on offer with children benefiting from different experiences and making new friends.  These interventions will have far more impact and better outcomes than what Labour voted for.

Significant progress has been made in recent months on the plans that will re-instate passenger services onto the Northumberland rail line and will mean Blyth Valley will move from having one station at Cramlington to having an additional three stations at Bebside, Newsham and Seaton Delaval.  This is such an important scheme and there is an opportunity from Monday to give your views via a detailed consultation.

More progress has been made on this project in the three years since 2017 when the Conservatives took control of Northumberland County Council than in the previous three decades, which was characterised by Labour’s failure to take it forward despite dominating local politics and the opportunities under the Blair and Brown governments.

What a boost this project would be to Blyth Valley and Northumberland.  Your opinions are key and please take part in the survey and let us collectively work to get this £200m investment over the line.

Lastly, I hope you are managing well with the national restrictions introduced from 5th November and if I can provide any support please do not hesitate to contact me.