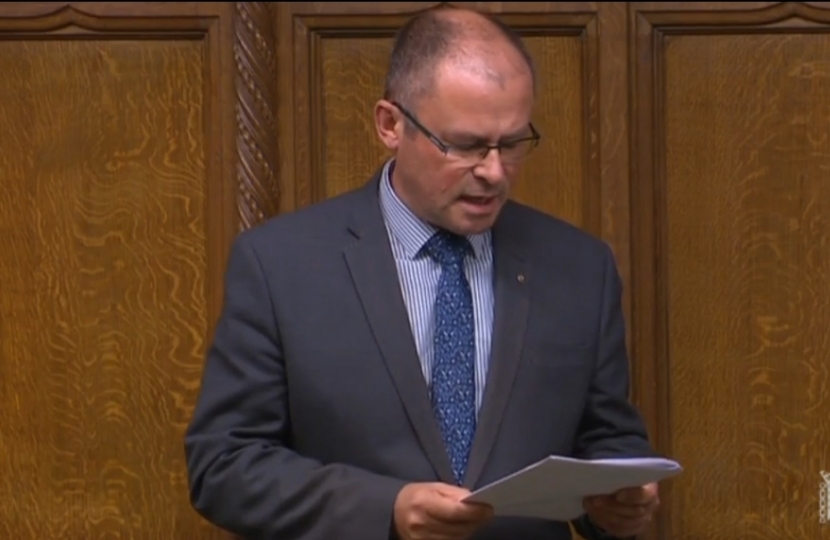 Blyth Valley has a long history supporting our armed forces.  Members of my own family have served in the both regulars and the youth branches of the Army, my father served in the RAF in the post war years. The Blyth Shipyards built many ships for the Royal Navy including the first aircraft carrier, HMS Ark Royal; during both world wars, the port of Blyth served as a submarine base; and today Blyth hosts the 203 Elswick Battery Royal Artillery and the Army Reservists and many of their families.

I am proud to be a member of the Blyth British Legion. The British Legion ensures that the ex-Service community have a voice and their concerns are communicated to Government.  Through this Bill, this Government has shown that it has listened to our veterans and serving personnel, and is taking their concerns seriously.

Our Armed Forces perform exceptional feats in incredibly difficult circumstances to protect this country, and I am proud of the fact that they uphold the highest standards when doing their job overseas.  We have some of the most committed and professional service personnel anywhere in the world, who not only adhere to the rule of law but promote it through the conduct of their operations.  Second guessing their actions from the comfort of this house misjudges the pressure to which we subject our serving personnel.

There seems to be confusion in much of the reporting about the difference between claims or investigations and prosecutions. This is not a Bill which gives free reign to our forces to behave in a way which would bring our services into disrepute and will not prevent the prosecution of any service personnel found to have committed illegal acts on operations.  The unforeseen expansion of the European Convention on Human Rights undoubtedly means we need to have adequate legislation in place to support service personnel who served in the uniquely complex environment of armed conflict overseas. It is imperative that former Service personnel have access to greater legal protections following their service on overseas operations.

Despite suggestions from opposition members, it does not provide impunity for torture and it does make provisions for the prosecution of any service personnel found to have been involved in such acts. The statutory presumption against prosecution in the Overseas Operations Bill does not act as pardon, amnesty or statute of limitations. Prosecutors will continue to have discretion on whether to prosecute for criminal offences, including torture, taking into account factors such as sufficiency of evidence and public interest. Furthermore, service personnel are subject to the criminal law of England and Wales, and a disciplinary framework through Service Law, and have a duty to uphold both, wherever they are serving in the world.

Indeed, the people who we have failed in recent years, who we have denied the protection of the law, have been our forces personnel who have been the victims of repeated and vexatious claims leading to years of uncertainty and stress.  The Bill ensures that all credible allegations will still be investigated and pursued where appropriate, but also that our Armed Forces will receive greater protection from the claims of politically motivated campaign lawyers such as Phil Shiner, who was eventually struck off for misconduct, but only after blighting the lives of so many innocent and courageous veterans.  We owe them this protection.

When we send our brave men and women overseas to serve the interests of our country, they rightly expect us to have their backs. This Bill is an important step in the Government’s ongoing commitment to provide life-long support to military personnel and I wholeheartedly support it.