THE NHS IS NOT FOR SALE 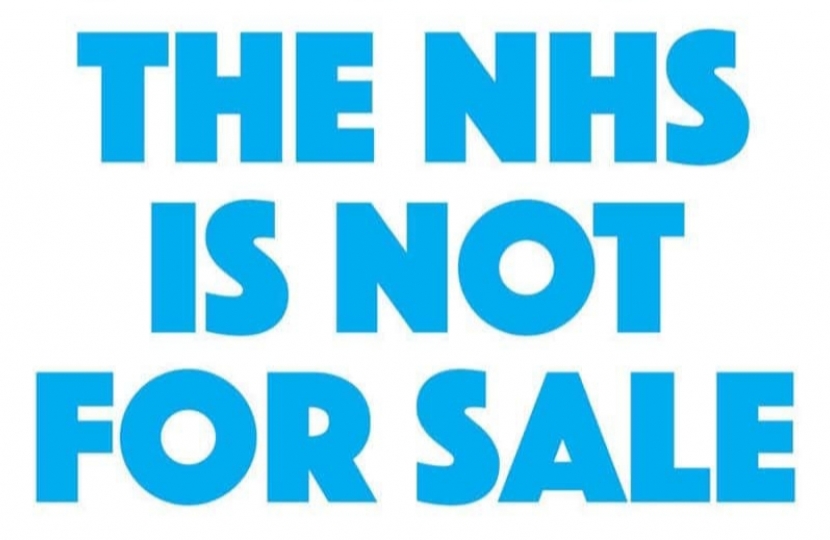 The NHS is not for sale and it is about time that the Labour party stopped scaremongering by suggesting that it is the aim of this Government.  I would not support such a proposal that puts at risk the continuation of the NHS.

No trade agreement has ever affected our ability to keep our public services public, and no one has ever forced us to change the way we run them. The Nuffield Trust, which is one of the most respected commentators on healthcare in the UK, has pointed out that: “A trade deal would not have the power to stop the NHS being a free, universal service.”

The Government has also made repeatedly clear that where necessary it will bring forward primary legislation to implement new free trade agreements, which will be debated and scrutinised by Parliament in the usual way. I want to be clear that the NHS will also be protected in any future trade agreement.

The NHS does involve private sector suppliers as there are goods and services that it needs which are not produced by the NHS including pharmaceuticals. Should building hospitals be done by NHS staff rather than contractors and should equipment used in operating theatres no longer be supplied by medical engineering companies?

However, such involvement from the private sector does not mean and has never meant that the NHS is for sale.  Labour claiming that the NHS is under threat is a political gambit and it is simply untrue.  I supported the Trade Bill because the law needs to be considered carefully and the full repercussions understood.