HMO not approved for Blyth 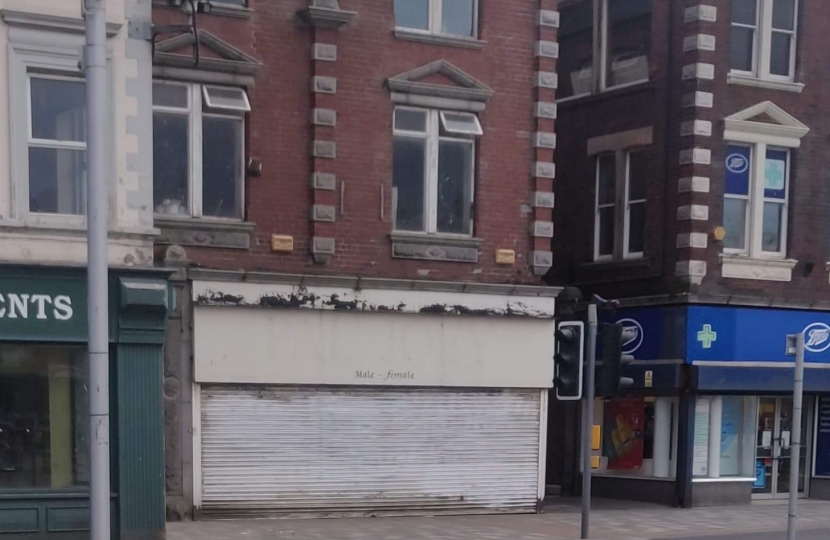 Following a decision taken on 1st June by Northumberland County Council's Planning Department regarding the former Pal Joey premises in Blyth town centre, I have been contacted by a number of residents looking for clarity about whether a House in Multiple Occupation (HMO) has been approved.   Having spoken to the County Council this is not the case.

The premises was subject to a planning permission application in September 2019 to accommodate an HMO comprising 19 residential units with ensuites and ancillary communal areas.  A front section of the ground floor was to be retained as retail.  This was refused and a subsequent appeal by the applicant was dismissed by The Planning Inspectorate in March this year.

The County Council’s Director of Planning has confirmed that a Certificate of Lawfulness has been issued for an amended scheme but this is not an HMO.  The proposal is to retain the ground floor as retail use and to provide two separate 3 bedroom flats on the upper floors.  The flats will be for a single person, a family living together, and by not more than 6 residents living as a single household in each flat.  This revised scheme was classed as permitted development and therefore did not require planning permission.  The Council’s Planning Team issued the certificate on the basis that is a properly made submission.

The Director of Planning has confirmed that Northumberland County Council would resist a future application for an HMO and restate the refusal of the previous planning application and that the decision was upheld at appeal. Residents would be consulted if an application was made and would have the opportunity to comment as with any other planning application.  Furthermore, an unauthorised change of use to an HMO would lead to enforcement action by the County Council

As your Member of Parliament, I have no power over council decisions, but I do care deeply for the future of Blyth town centre.  As I stated earlier this year, I was delighted when the Planning Inspectorate dismissed the appeal and respected the views of residents and the advice of Northumbria Police.  I therefore fully understand concerns raised with regards to this premises but to reiterate that it is not an HMO that has been permitted and this has been confirmed by the County Council.

Suggestions that the applicant has made a payment to the County Council of £4,740 are also incorrect.  This figure related to the planning application that was rejected in September 2019 and would have been used for coastal mitigation.  It is of no relevance to the current situation and is misinformation.