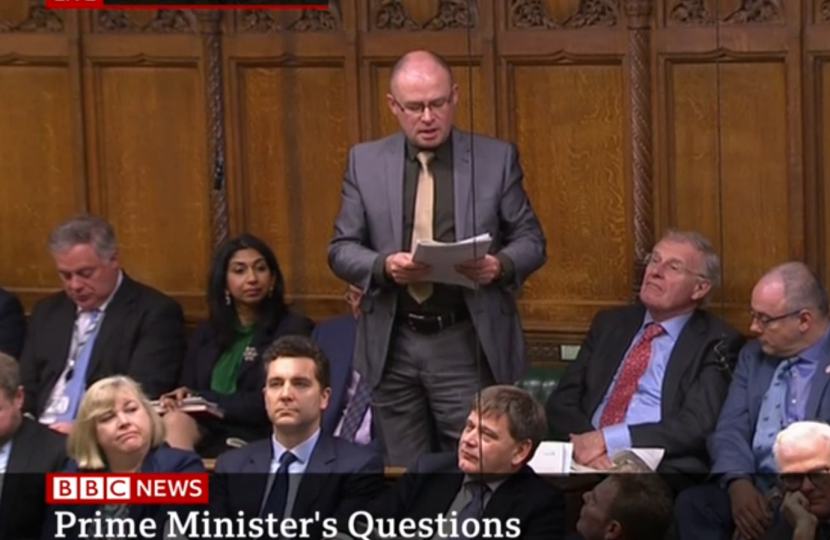 In his question, Ian asked Boris Johnson if he would ensure that the Port of Blyth is among the first to benefit from freeport status.

Freeports are a policy currently being pursued by the Conservative government to enable UK ports to trade without tariffs. It is expected that reducing the taxes ports have to pay will enable them to continue to grow. Ian has previously backed a request from the Port of Blyth to be given freeport status.

Having been elected at the last General Election in 2019, Ian has spoken in the House of Commons before but this was his first opportunity to speak during the weekly session with the Prime Minister.

“Since December 12th Blyth Valley has been the centre of attention in Westminster.

“I was therefore delighted to be able to champion our area in the House of Commons chamber once again, drawing attention to the amazing potential of one of our area's greatest assets.

“I have met with Martin Lawlor, the Chief Executive of the Port of Blyth, and heard his case for freeport status and learned how much it will mean to the future success of the port. The Port of Blyth is a key employer in the town and they’re also a major investor in our economy and a vital part of the town’s community.

“I will be doing all I can to help the Port’s growth, starting with making the case for freeport status.”

In his reply to Ian, Boris Johnson recognised the potential of the Port of Blyth and restated the value of the government’s policy to introduce freeports. He added that the Port’s application for freeport status will be considered fairly alongside other applicants.