Change and Investment for Blyth Valley 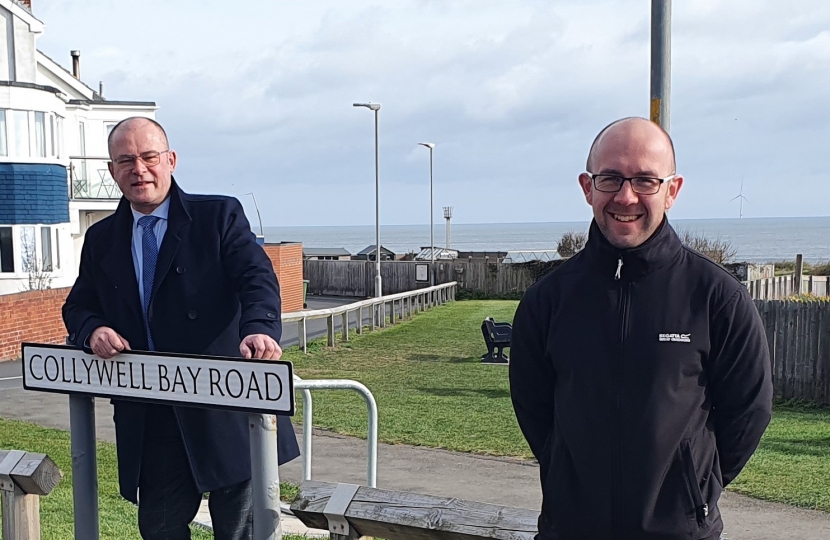 The local elections and the Queen's Speech have taken place in recent days and both will have a positive impact on Blyth Valley in the coming years.

The election results for the County Council saw the Conservative party win a majority by taking thirty-four of the sixty-seven seats across Northumberland.  This is the first time that any party has held a majority since the County became a unitary authority when the district councils were abolished in 2009.

There was significant change in the seventeen Blyth Valley wards with seven of them changing hands and the Conservative candidates winning ten in total.  The story of the night was in Hartley which was a tie after recounts and was settled by putting a ballot for each candidate in a box with the winner David Ferguson drawn out by an election official.

These results reflect the General Election outcome in 2019 and alongside the Conservative victory in the Hartlepool by-election demonstrate how much voting patterns have changed in recent years in the North East with an increasing number of Conservative MPs in office.

The Government’s commitment to deliver a national recovery from the pandemic that makes the UK stronger, healthier and more prosperous than ever before was set out in the Queen’s Speech.  This includes investing in infrastructure, skills and technology as well as to increase home ownership for millions of people.

This again demonstrates the Government’s aim to unite and level-up across the UK and I expect Blyth Valley to be at the forefront of investment.  The Prime Minister noted that imagination, flair, enthusiasm, and genius are distributed evenly across the country but opportunity is not.

That is why the schemes that are already on the way for Blyth Valley and the surrounding area are so important and provide these opportunities.  The Northumberland Rail Line will open up the Tyne and Wear jobs market for those that don’t drive or have their own car.  Investment in education including a new middle and high school for Seaton Valley is also critical.

The opportunity though that was the talk of the local election campaign is Britishvolt and the battery gigafactory proposed on the former coal yard of Blyth Power Station.   I will continue to work with the Blyth based company to ensure it is an opportunity that becomes a reality.

The last fortnight has focused on two main issues which were promoting Blyth Valley at the Conservative Party Conference and also preparing for and delivering the first ever Blyth Valley Jobs Fair on Wednesday.