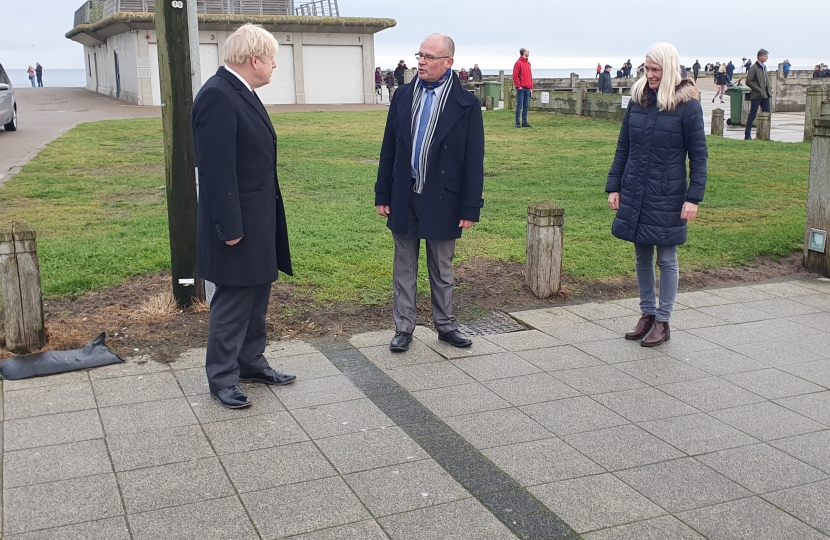 The visit of Boris Johnson to the constituency last week topped what has been an incredible 12 months as Blyth Valley's first ever Conservative Member of Parliament. It was a coincidence that the visit took place a day before the first anniversary of being elected in 2019 but it certainly marked it in a way that could not have been better.

The reaction that the Prime Minister received was brilliant with the day starting with a tour of the Offshore Renewable Energy Catapult to showcase Blyth's reputation as a leader in the renewable energy sector.  Boris Johnson could not have been more impressed with the facility particularly given his recent announcement of a Ten Point Plan for a Green Industrial Revolution with offshore wind the first point of a plan that is designed to create 250,000 jobs.

The second part of the visit was to Blyth beach with the Prime Minister joined by the Conservative Party Chair Amanda Milling.   The time spent at the beach allowed both Boris and Amanda to chat with local people who were delighted that the Prime Minister was in town.  Residents who were out for a walk could not quite believe it and neither could those taking part in an exercise class when the Prime Minster decided to join in.

Putting the consistency on the map was one of my key objectives after decades of unambitious representation.  But this visit and the Ministerial visits previously have massively raised our profile in the last 12 months.   That can only put Blyth, Cramlington and Seaton Valley in a very strong position going forward when I lobby the Government for further investment.