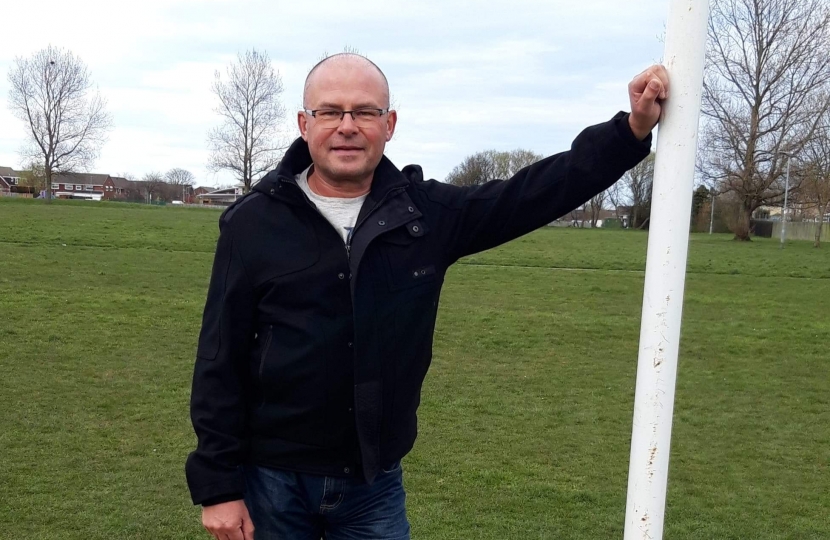 When I left school at sixteen, I never considered that nearly forty years later that I would become the MP for Blyth Valley.  That I am the first ever Conservative MP in what was a Labour stronghold is something else that wouldn’t have been believable in the early 1980s.  But in 2019 that is exactly what happened and being elected is one of my proudest moments.

Having lived in Blyth all my life, and with my family having farmed land in Blyth for hundreds of years, I had experienced first-hand the neglect the area had suffered for such a long time due to Labour’s complacency and lack of ambition.  Blyth Valley residents increasingly felt forgotten about and ignored by Labour politicians that oversaw top-down projects which failed time after time.  I realised that change was needed with others thinking the same way, but I didn’t initially know how it could be achieved.

“Shut up Ian, or do something about it”, was the challenge I was set by my wife Maureen when I complained for the umpteenth time about how badly Blyth was run.  So, I did, and I wrote to David Cameron for advice and suggestions.  The response was that I should run for Parliament and that was the beginning of my political journey when I stood as the Conservative candidate in 2017.  I didn’t win but it laid the foundations for taking the seat last December.

In the run up to the 2019 election, membership in the local party grew as people realised that Labour was losing influence in Blyth Valley.  Brexit was weighing heavily on the minds of voters and as a leave voting area, the strong message from Boris Johnson was much preferred to the confusion offered by Labour.  Jeremy Corbyn was also not popular on the door steps of traditional Labour voters and was seen not to represent their values.  Rumours of local Labour politicians driving flash cars and enjoying the high life, whilst claiming to be champions of working people was another part of the mix.

The combination of these factors meant change was inevitable and the Conservative manifesto offered that for Blyth Valley with robust arguments for ‘levelling up’ the North and providing huge investment into previously neglected constituencies like mine.  Part of that investment is a commitment to massively improve passenger rail services in the constituency by increasing the number of stations from one to four.  The scheme is worth nearly £200m and will be truly transformational by giving access across Blyth Valley to a fast and direct link to Newcastle Central Station and beyond.

Investment of tens of millions into high streets and retail centres is also planned and will demonstrate to Blyth Valley voters the impact of an MP working alongside a Conservative County Council and Government.  Alongside my own commitment to be accessible and visible these are exciting times for the constituency which for too long had to listen to Labour’s downtrodden narrative.  Delivering on the ambitions and hopes of residents is what will drive me and my incredibly hard-working team in the coming years.

What will also be a focus is promoting the mental health agenda.  Prior to being elected I worked in mental health care for over twenty years and have significant experience of looking after people that are struggling with illness.  I have shared this experience with the Prime Minister including the need to do as much as possible to reduce suicides.  I have seen too many times the dreadful impact on loved ones, friends and colleagues when someone reaches such a low point and takes their own life.  I am therefore proud that our Government is rolling out huge investment in suicide prevention and supporting those with mental health problems.

I will also highlight throughout my time as MP my own experience and what can be achieved regardless of background or qualifications.  My journey to becoming MP hasn’t been a conventional one.  Whilst still at school I worked on Blyth market and I left school to become a grave digger for the council.  Continuing my education or going to university simply wasn’t an option and when I was twenty-one years old my father was seriously injured in a road accident and never walked again.  That was my first experience of providing care and led to me moving into mental health care.

I believe that my election proves that the Conservative Party is one of real opportunity and I am proud to call myself a Blue Collar Conservative.